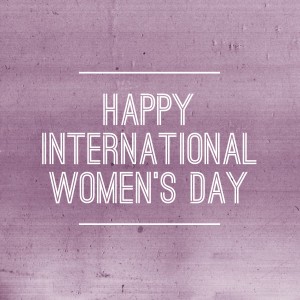 Through the wonder of Twitter, last year I introduced myself to Susan Maushart and she kindly agreed to be interviewed by me. At the time I was working with the concept that women of Australia needed all the help and inspiration we could get, as Tony Abbott, who was newly minted as our Prime Minister, had also delegated to himself the role as our Minister for Women’s Interests. To get a feel for how dire this is for women, I include an actual quote from Tony Abbott:

I think it would be folly to expect that women will ever dominate or even approach equal representation in a large number of areas simply because their aptitudes, abilities and interests are different for physiological reasons

Sigh. One of my beliefs is that we can’t wait for someone – the government, society at large, they, whoever they are – to make things better. We need to take our own affirmation action, from the grassroots level up to the highest echelons of power to create change. So I decided to do a Fabulous Women Interview Series. The original concept was that I would ask a group of women the same four questions, and compare their answers. However, after Susan’s comprehensive responses, I realised that I had taken those questions as far as I could and decided that I had my perfect responses. Here are the four questions I asked Susan:

Susan’s interview is available to listen here in full, and for your International Women’s Day enjoyment, here are some highlights from the interview:

Question 1: Where is the world at with women now? Thumbs up? Thumbs down?

feminism has a lot in common with a video game… you never really win… if you’re lucky ascend to the next level. And, complicating the picture when it comes to women’s issues is that there are so many, you know, so many games going on simultaneously around the world and they are all at different levels.
So I guess, you know, thumbs up thumbs down is a little bit too blunt an instrument I think to apply… we can look at the situation in Australia and the US, for example …and say Oh I guess if we are going to do a report card you know words to the effect of “some improvement shown, still not working to full potential, too easily distracted.”
… it would be a mistake not to take a broader view into account because … the report card on women is a global issue. And you know … in developed countries like Australia and the US, and so we’re concerned, and rightly so about things like women’s participation on boards of listed companies… . However, there’s a whole host of you know life and death issues that facing women elsewhere in the developing world … trafficking, of violence, of poverty, of all kinds of economic and educational inequalities, there are many places in the world where women still don’t vote. You know the list goes on and on. … your thumb will be continually doing a dance if you ask me to go up or down.

Question 2: Can you tell me how/ when your work aligned with women’s issues? Perhaps the question for you has it never been with this women’s issues?

The question that you put to me makes me think about the origins of my consciousness really as a thinking person before even framing myself as a writer and some of the most formative experiences of my life have been encountering texts that deal with women’s issues…the relationship of my work and my life to women’s issues you know it’s just like, I’m a woman. That’s who I am…I mean, and to me, these questions are about expanding our notions of what is human.

…until like the 1990s or something ridiculous like that, virtually every laboratory experiment that was done using rats was done using male rats, that female rats were systematically excluded from behavioural studies because they just felt they may be too much of a wild card, they never knew when they were going to be in the state of high hormonal stimulation, or when they’re going to be on heat or whatever it is that rats do. And so to make it cleaner and easier and more convenient to gather the data, females were just excluded from the field. For all the 20th century, for as long as people has been studying animal behaviour and trying to make correlations to human behaviour. And I just thought that was the most amazing metaphor.

Question 3: How has having children impacted on your personal and professional life, both positively and negatively?

Impact is just too weak to word. I just feel like I have been you know sculpted as an individual, as an adult by my relationship, by the experience of having a children and my relationship subsequently with my children particularly in the role of a single parent.

Question 4: What is the one thing you could recommend to make the world a balanced place, with masculine and feminine in harmony?

…I could imagine a scenario where every young man is required to spend a year in full time care of a toddler. I thought an infant but I thought some infants are just good and just sleep a lot, they’re aberrant, but yeah I thought of toddler would be better. So okay that would be their national service. And then women would have to do national service too.
… a young woman would spend a year as a sole support of a young man and his toddler. But they would have to do it with a massive doses of testosterone. And you know obviously you would develop a lot of empathy for the other side…

I hope that you enjoy this reflective, thoughtful and thought provoking interview. Happy International Women’s Day to you!